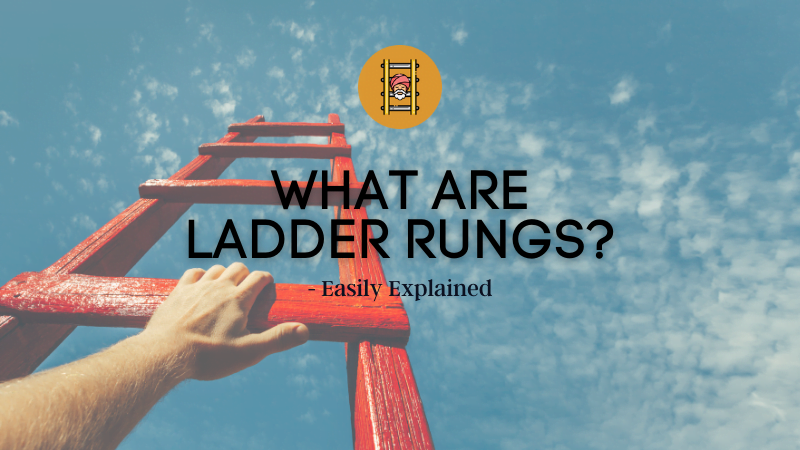 While selecting a ladder, a word that comes up many times is “rung“. Every wondered what this word exactly means? If yes, I have written this informative post about ladder rungs, which will answer your questions like “what is a ladder rung”, “what are the type of rungs in a ladder”, etc. This article will also help you to select the perfect type of ladder rung. So, let’s jump to the main content now!

A ladder rung is a horizontally placed solid step used to provide standing support in a ladder.

Ladder rungs are strong and slip-resistant steps. Commonly, fixed ladders have cylindrical-shaped, evenly-spaced rungs, while step ladders have bar-shaped rungs. The rungs in a ladder are designed in such a way to provide the best friction between the foot and the rung, to avoid slipping injuries.

Some people also prefer using angle-shaped ladder rungs, which look very uncomfortable but are still used in some places. The most commonly used shape in ladder rungs is the bar shape. The bar shape provides a good support area which makes it very comfortable while using a ladder.

Many ladders provide the feature to change the type of rungs based on personal needs. There are many companies that offer these replaceable rungs.

Ladder rungs are offered in different shapes like cylinders, bars, etc. The choice of the rung shape will depend on the purpose. For example, if someone needs to stand on a rung for a long period of time, the cylindrical-shaped rungs might cause foot pains. 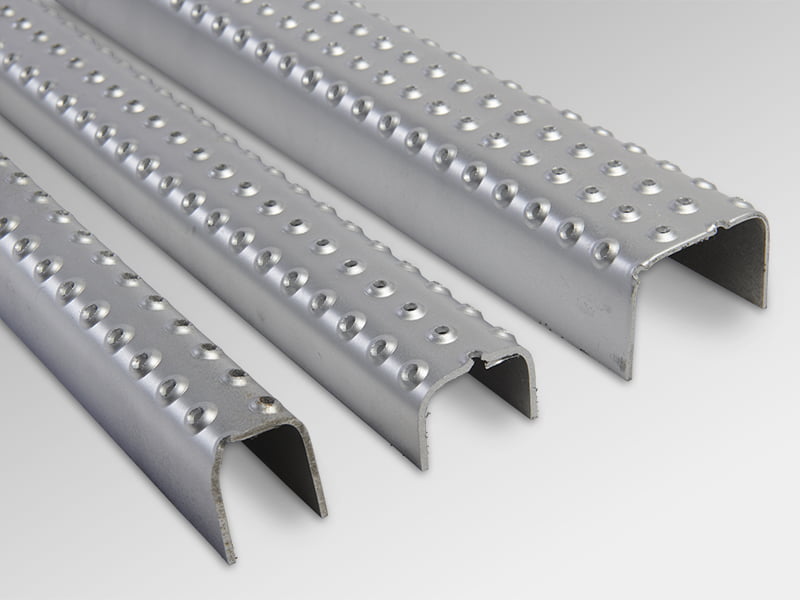 Based On Rung Material

The types of ladder rungs based on their material of construction are:

Based On Rung Shape

The types of ladder rungs based on their shape are:

So, this is how we can classify the ladder rungs. Although, there might be many other types of rungs used, but these are the most commonly used rungs in a ladder. 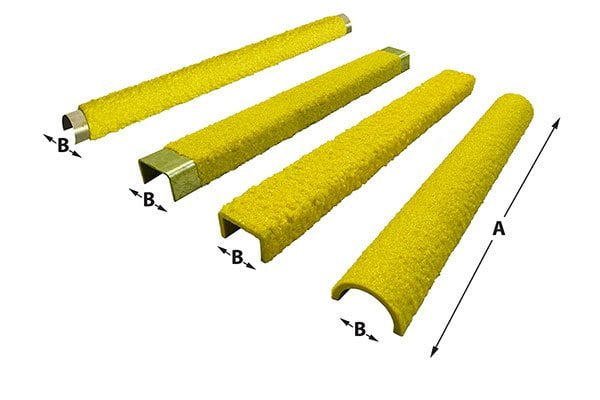 To provide extra friction and sturdiness in the ladder rungs, covers can be used. Ladder covers are mostly used in industrial works for adding extra slip-resistance to the existing ladder rungs. Ladder rung covers also help in providing corroding protection for the ladder rungs.

Some ladder covers provide extra safety features like channel-shaped sections with dimples. By using a cold-forming process, the web of the channel is perforated with these dimples to provide extra slip-resistance in all directions along with good adhesive friction.

The Occupational Safety and Health Administration (OSHA), in the United States, defines the standards for the ladder rung covers used in wide areas like food, chemical, beverage, and petrochemical processing industries. OSHA-compliant ladder rungs and covers are also used in steel mills and foundries, manholes, and emergency vehicles.

So, this was a quick informational post about ladder rungs. At now, you would definitely have got an idea about what are ladder rungs and how they plan an important role while using a ladder. I’ve also explained the various types of ladder rungs which are used. Also, for providing extra sturdiness, ladder rung covers are also widely used in industrial works.

If you have any questions about ladder rungs, feel free to ask using comments.

2 thoughts on “What Are Ladder Rungs? – Easily Explained”